Anne Lair directs the French Basic Language Program at the University of Utah where she also teaches undergraduate courses. In addition, she is the French Bridge Curriculum Director and State French Bridge Coordinator (continuation of the French Dual Immersion) in Utah. She has published on symbolism of food in France, and French culture, and co-authored INVITATION AU MONDE FRANCOPHONE (Heinle, 2005), and Liaisons [3rd edition (Cengage 2020)]. She is the recipient of several teaching awards including the ACTFL Nelson Brooks award (2013) for excellence in the teaching of culture. She has received the Palmes Académiques (2017), an award given by the French Government in recognition of her contribution to promoting the French language and culture. She has served as Honorary Consul to France in Utah since April 2017. 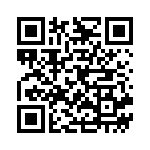